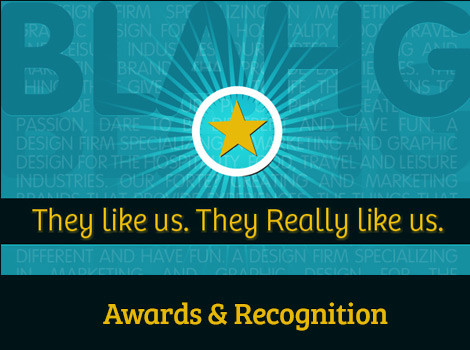 The sad gray days of Seattle in November had fallen upon us when a thick awards envelope appeared in our mail box to cheer us all up! Competing with over 8,000 entries, Q&A received seven awards from Graphic Design USA for the following projects: Q&A 2010 Chinese New Year Invitation Q&A Promotional Tabloid, “mattie” Elliott’s Oyster House […]

When I was a kid in the 70s in Melbourne, Florida, there was a house where the owners painted huge murals of 19th century nautical scenes. The entire house was the painter’s canvas. I cherished the times we drove by that house. I thought it was beautiful. And you never knew when it would get repainted into a new battle scene.

I remember hearing that the neighbors hated it and people complained. And then one day we drove by and it was all white with green shutters. I don’t know if the owners moved away or were pressured to conform.

Q&A was honored to be recognized (twice!) in HOW Magazine’s September/October 2011 Self-Promotion Design Annual. Only 95 designs were featured, which included our new stationery suite (unveiled in January 2011) along with our oversized promo tabloid “mattie”. HOW Magazine is a design magazine distributed bi-monthly providing businesses in the design industry with technology tips, new design information and profiles of professionals who are influencing design. 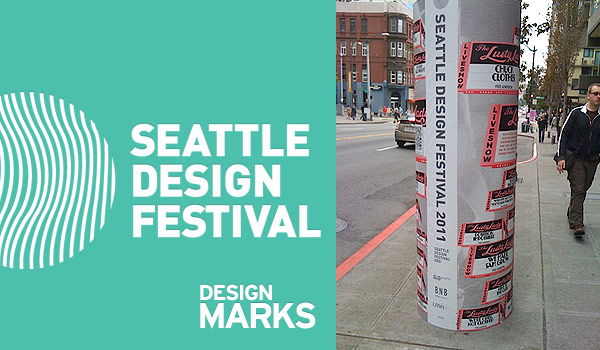 I was part of the AIGA Design Festival committee that concepted the idea of Design Marks—a trail of 8-foot tall location markers where viewers experienced how the design of Seattle’s urban landmarks has influenced the city’s culture, and how that culture has, in turn, influenced design. Twenty-five of the city’s leading design firms were invited to design an individual marker as well as a 30-90 second companion video.